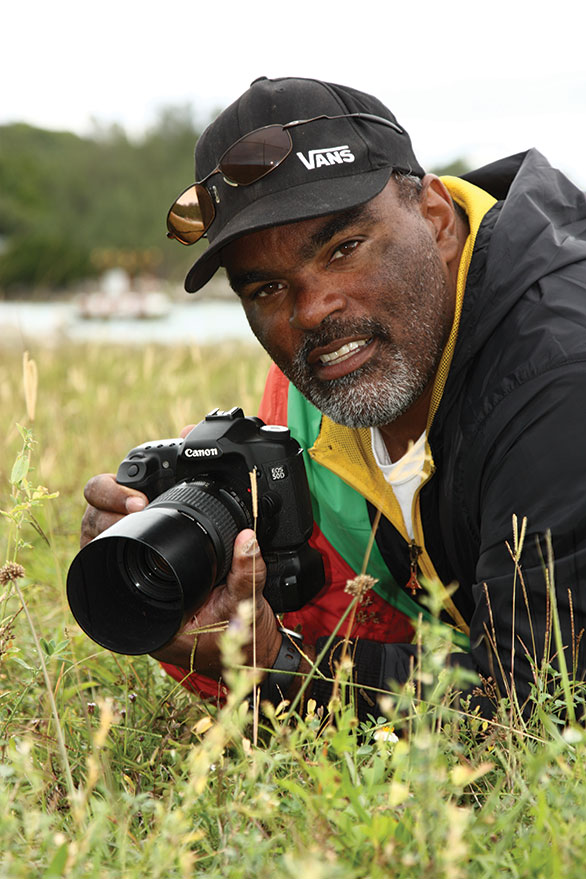 Ras Mykkal is a good example as to why it is valuable for our youth to be involved in some form of sporting or community activity.

In 1979 Ras Mykkal joined the Bermuda Auto-Cycle Union to help with the flagging as a course marshal. Not long after he brought a race license and started completing in the 250cc novice class.

The following year he took on the responsibility of public relations officer and brought his first camera, An Olympia IS-10 from “Stuart’s On Reid Street” so that the newspaper reviews, interviews and previews of the motocross season would also have photos to go with them.

He would continue to race for the next 18 years and when he wasn’t on the track, he would photograph the races he was not competing in.

In January of 1997 Ras Mykkal would enroll into the New York Institute of Photography and in of the same year earned his qualifications as a professional photographer.

Ras Mykkal’s photography has grown beyond the sport of motocross and his ability to capture the form and techniques required in each disciplines has delivered unprecedented action shots. Over the next 15 years he has worked for a number of media publications providing media coverage for many sporting clubs that had never received exposure before.

His photographic interest has also grown beyond sports; he is accomplished in nature, portraiture, weddings, landscape, macro and many other special assignments.

His love for sports and photograph includes a self-taught knowledge in graphic design (Photoshop).

His images have graced the pages of the Royal Gazette (Bermuda’s daily paper, The Mid-Ocean News, The Bermuda Sun, RG Magazine, Show-Off Magazine and many more locally and international publications.

He has made the finals in 8 out of 9 times in overseas photography competitions, produced Bermuda’s first ever female swimsuit calendar in the year 2000. In 2011 Ras Mykkal published his first book “Click, I Got Yah”. Combining his photography with photoshop, he has produced hundreds of custom-made sports posters of Bermuda’s athletes, highlighting their records and accomplishments in local and international events.

Ras Mykkal has taken sports photography in Bermuda to a higher level.